Julia Gosel is a young elven girl from somewhere far to the north. According to her recounting of events, she was a princess who was kidnapped and enslaved by an evil blood mage. She saved her eyes and life by being willing and cooperative until she used Blood Magic to escape her captors and flee. She ran for some time before meeting Argunt along the eastern Oxxten coast, then travelled with him into Chalion where she met up with the group.

She has demonstrated abilities in Entertainment including singing, flute and acting. She carried a staff with a religious symbol but it was lost in the Elf trap in the temple of the mad god. She's a priestess of the nature goddess Lloeth. She has further demonstrated magical abilities and exceptionally good eye sight and night vision.

She spends most of her time disguised as an attractive human girl, but her true form is a beautiful elven princess. She has grey, almost blue, skin and long, thin ears sticking out at a 45 degree angle. Her face is a bit longer and more angled than most humans. When adventuring, she wears a tight fitting jumpsuit with various furs and accouterments. She also has a nice frock to wear around town. She has a nice necklace and a few other assorted pieces of jewelry and a nice set of knives.

Gosel is often disdainful of others, though she seems like she mostly contains herself in the presence of non party members. She's a very good actress which makes it difficult to tell when she's being herself and when she's in character. 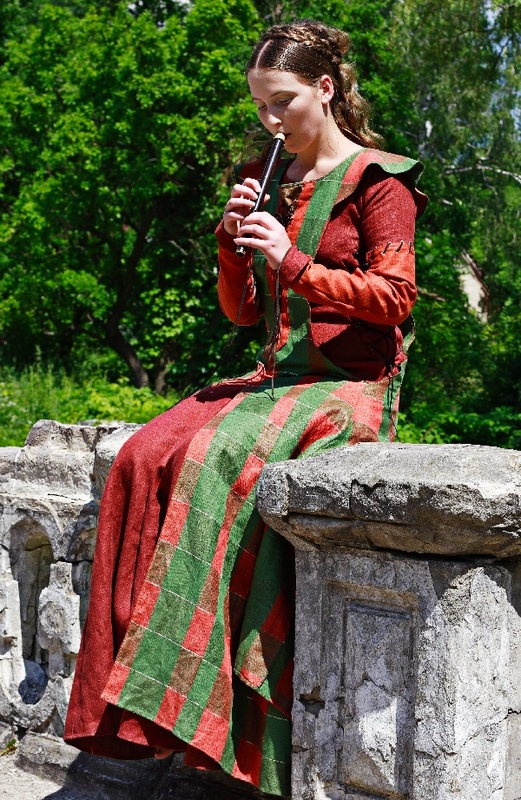 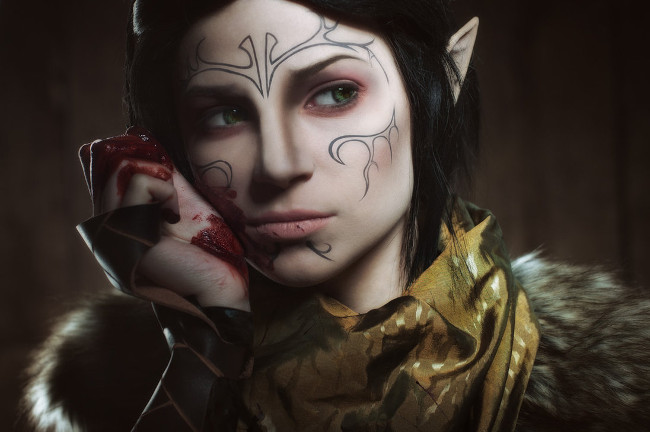