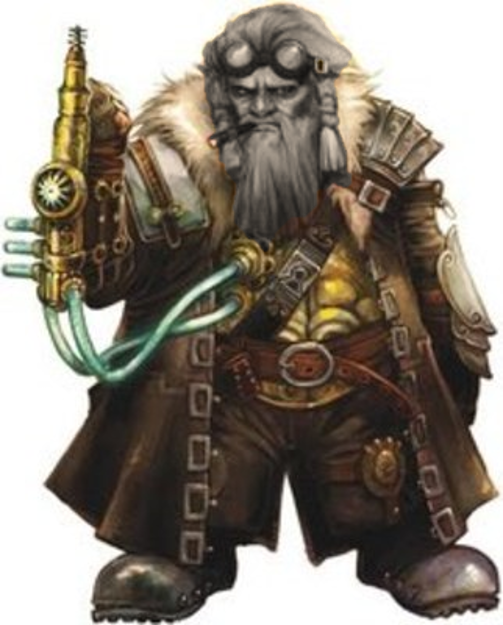 Scriallig comes from a family of Dwarves that specializes in ships and shipping, often as courier or scout ships. Scriallig is a gifted businessman, made even moreso by his conversion to a Silver Dwarf., having a natutal ability to assess the value of goods and deal with others to garner the best possible deal. Even though he has never been a front-line fighter, he never shirks jumping into the fray, especially if it is on one of his family's ships. It was on one of these expeditions that Sciallig lost his arm. A large sea creature attacked his ship and looked in danger of sinking it. Scriallig's smart thinking saved the rest of the crew but cost him his hand as he lit a grenade and shoved it into the creature's mouth. He almost got it out when the beast chomped down hard. The beast died and the steaks were delicious. Scriallig got first pick. [This is written so Scriallig could either be the actual owner or his family owns the ship and he is primarily a representative]