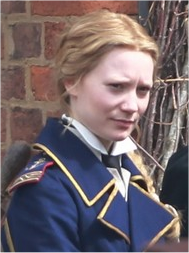 First Officer aboard the Slope Runner

Lieutenant Angelina Defense was once an attractive but severe young woman in her late teens, or early twenties. Her youth is somewhat upstaged by her commanding presence, and depth of knowledge.

Quite recently Lieutenant Defense suffered a setback to her appointment as First Officer on the ship Slope Runner. While on leave with an unlikely band of misfits from Lasthope, her party encountered some sort of Fey creature and attacked it. At the time it was seducing the men of her company. Her rash attack may have wounded the creature, but it exacted vengeance by transforming Angelina into a Thelonican! 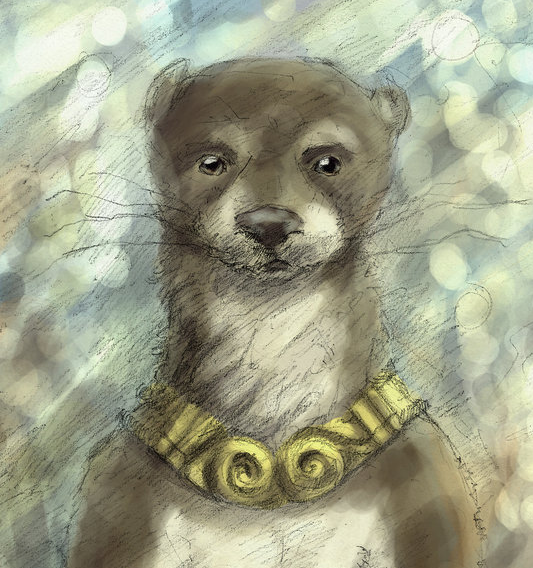 Angelina was born the only daughter of a ship's captain. Regrettably, Angelina's mother died when she was a young child, and her father raised aboard ship. There is little she does not know about sailing.

Angelina's father was not the parental type. To fulfill his duty, he hired several tutors, for his daughter while she was growing up. She did not have friends her own age, so she does not have many social skills that lead to trusted friendships. Rather, she views life as a series of lessons to master.

Angelina is adept with swords, even if her new Thelonican body is ill equipped for such motions. She can also throw knives quite well. But her strength is in her ability to assess situations and command others. Women do not rise to the her station without continually proving themselves capable. Angelina is that in spades.

After her father's reported death while she was enrolled in an institute of higher learning far upslope, Angelina set out to be an anthropologist of sorts. In school she developed somewhat of a fascination for Dark Elf culture. But, her field study of their civilization led her to sign on with a captain and crew unfit to navigate the treacherous currents of the Slope. The ship was swept away and would have been lost altogether if it had not crashed into the reef at Lasthope in a storm. Many members of the crew drowned that night, but Angelina, who is an accomplished swimmer, was able to make it to shore.

After her arrival at Lasthope, she did her best to maintain her reputation as an expert navigator, and when the opportunity to leave the island arose, she enlisted, securing an officer's rank.